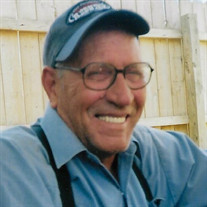 Billy Lee Gordon was born October 16, 1942 in Mason, Oklahoma to Horace and Virgie (Davis) Gordon. He passed away Wednesday, June 26, 2019 at his home near Okemah at the age of 76. In the late 50’s and early 60’s he worked in the oilfield in Shidler, Oklahoma as a roustabout and welder’s helper. In the mid-60’s, he would go to Mendota, California in the fall and work in the cotton gins. In the late 60’s, Bill worked for the Line Service Co. He ran a crew of men clearing power lines in Tulsa, Oklahoma for PSO. In the early 70’s, he began his career as a carpenter and construction worker. His first job was the housing development going into Bristow, Oklahoma. He then supervised the building of the Southview Apartments in Okemah, Oklahoma. He then moved on to building three city blocks of housing and a community center for the elderly in Seminole, Oklahoma. Bill worked at Holdenville, Oklahoma on housing for HUD. He contracted building Indian homes for the Creek Nation Housing through Hilco construction. He also worked on public housing in Boley and Guthrie, Oklahoma and also built a few custom homes. In the middle of late 70’s, he did custom dozer work for the public and started his adventure into farming, raising cattle and growing peanuts In 1979, he and his brothers started Gordon Brothers Machine (G.B.M., Inc) at Castle, Oklahoma. They repaired, rebuilt and manufactured well service units, drilling rigs and all related equipment. He was at G.B.M., Inc. for 17 years until 1995 when he sold out and semi-retired. In the 80’s, Bill helped start and worked diligently with the “Just Say No” organization to help fight against drugs for our children in Okfuskee County and the whole nation. In 1990, he and his sons started Castle Wood Products (bundled firewood) selling bundled firewood to QuikTrip stores in Tulsa and several other grocery store chains. They moved this business to northeast Okemah in 1995 where they lived in the Sunrise community. Bill joined the Sunrise Volunteer Fire Department and built the wood sign for their building. He landscaped the building with his old Michigan loader. He also constructed signs for Fulsom Road and Woodward Corner. In March 2008, he went to work for Joe Max Pipeline Construction, in NW Kansas operating a D-6 dozer. He worked 1 ½ years and loved the experience. Bill loved to work and create beautiful landscapes. He loved to grow watermelons and vegetables in Deep Fork River bottom. Everyone that ate Bill Gordon’s watermelons wanted more. He loved having fish fries at his house on the Deep Fork River with his wife, granddaughters and special friends from childhood: Don L. Shannon, Harold Witty, Billy White, and his special friends Danny Beets and Robert Palmeter who moved back here from Texas. Bill died of Multiple Myeloma Cancer, but he gave it a good fight, spending many weeks and months in the hospital. He passed away at home with his family by his side. Bill’s baby sister Darlene and her husband Steve gave countless hours helping take care of Bill. A memorial re-union will be held Saturday July 13, 2019, 10:30 AM at the Indian Community Center on Highway 48 north of Castle and ½ mile south of Mason road. In honor of Bill Gordon, please send donations to the University of Arkansas for medical sciences Institutional Advancement, 4301 W. Markham Street, #716, Little Rock, Arkansas 72205. Donations can also be made online at giving.uams.edu. Please specify donations for multiple Myeloma research. He is preceded in death by his parents, one brother, Hershall Gordon and three sisters, Cleta Bonner, JoAnn Christensen and Kathy Fern Gordon. Survivors include his wife of 54 years, Berinda J. Gordon of the home; his two sons, Billy Gordon and wife Tina of Okemah and Byron Gordon of Haydonville; three brothers, Will Gordon and wife Patricia of Eufaula, Robert Gordon and wife Dixie of Stroud and Eldon Gordon and wife Louise of Stroud; three sisters, Leta Dyer of Micawber, Leora Gordon of Last Chance and Darlene Grammer and husband Steve of Gypsy, Oklahoma; three grandchildren, Chelsea Hoover and husband James, Billie Jo Gordon and Rikki Davis and husband Corey and three great-grandchildren, Josie Hoover, Carter Hoover and Rory Davis. All arrangements were handled by Parks Brothers Funeral Home, Okemah, Oklahoma. Online condolences may be made at www.ParksBrothersFuneralHome.com.

The family of Billy Lee Gordon created this Life Tributes page to make it easy to share your memories.

Send flowers to the Gordon family.