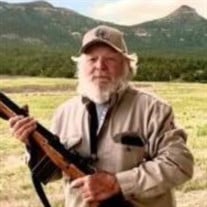 Funeral services for Billy John Neal will be held Tuesday, February 8, 2022, 11:00 AM at the Last Chance Baptist Church. Interment will follow at the Maple Grove Cemetery in Seminole, Oklahoma at 3:00 PM with military honors. Billy John Neal was born to Doyle C. and Margaret Jean (Schrader) Neal on February 28, 1949 in Seminole, Oklahoma. He passed away Tuesday, February 1, 2022 in Tulsa, Oklahoma at the age of 72. Bill attended school in Seminole and graduated in 1967. April 28, 1969, Bill joined the United States Marine Corps where he served four years and earned the rank of sergeant. He married Sandy Johnson on August 4, 1972 in Beaufort, South Carolina. Bill and Sandy moved to Okemah in the spring of 1985, where they made that home with their three kids. He was known by several names: BJ, Bill, Dear, Daddy, Pappy, Bro. Bill and he wore all those names with pride. Bill was passionate about several things and if you ever spent any time with him you knew those things by the end of the conversation. Bill loved the Lord, his family, his country and guns. He looked forward to spending time each summer in New Mexico at camp, and was so excited to have a new muzzle loader range this year. He could be opinionated, a little ornery, and hard headed, but he definitely left an impression wherever he went. He may have been perceived as rough and tough, but nothing could make him turn into a big old teddy bear like a baby, especially his grandkids. He is preceded in death by his parents, D.C. and Margaret, his in laws, Ted and Edna Johnson and bonus nephew Kenny Green, Jr. He is also now holding the baby he and Sandy had that never joined them on Earth. Survivors include his wife of almost 50 years, Sandy; a son, Jake Neal and wife Melissa of Prague; a daughter, Sarah Branson and husband Larry of Sand Springs; a daughter, Maggie Lashbrook and husband Ryan of Lula. Bill is also survived by four grandchildren, Erica Branson, Peyton Branson, Eden Neal and Jameson Lashbrook and one great-grandchild, Italy Branson. He is also survived by his siblings, Dan Neal and wife Karen of Bartlesville, Mary Ann Tinsley and husband Bob of Paden and Randy Neal of Seminole along with a host of nieces, nephews, friends and adopted family that he loved as his own. In lieu of flowers; the family requests donations to the NRA Whittington Center Adventure Camp in memory of Bill Neal. Serving as pallbearers will be Tim Dunn, Vince Adams, Larry Hollis, Eric Whaley, John Creason and Kenny Burrows. Honorary bearers include Jim Wilson, Tommy Lovel, Robert Brinkley, Dale Rich, Ryan Lashbrook, Cliff Dixon, John Fisher, Chris Wylie, Jeff Azklin, Daniel Tyler, Gary Titsworth and Larry Branson. Services will be under the direction of Parks Brothers Funeral Home and officiated by Bro. Bert Robison and Rev. Don Baker. Online condolences may be made at www.ParksBrothersFuneralHome.com.

The family of Billy John Neal created this Life Tributes page to make it easy to share your memories.

Send flowers to the Neal family.