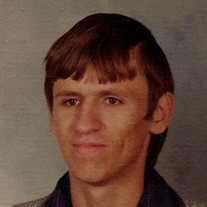 Funeral services for James “Mike” Norman will be held Wednesday, February 16, 2022 at 10:00 AM at the Parks Brothers Funeral Home Chapel in Okemah. Interment will follow at the Oakdale Cemetery in Paden, Oklahoma. James Michael Norman “Mike” age 64 passed away after a short illness in Shawnee, Oklahoma on February 13, 2022. His passing leaves a huge hole in the hearts of his family who loved him just the way he was. Mike was born in the summer heat on July 13, 1957 to J.E. and Betty Norman (Vavra) in Caldwell, Kansas. Mike from day one, had what his mother refers to as a Vavra personality, which may have included a bit of stubbornness, pride in being Czech, loving Czech foods and traditions, and being in control of the tv remote. Mike and the family traveled with the oil field for several years before Betty and J.E. bought the family farm in Paden, Oklahoma in 1960. Mike attended Paden Schools and graduated in 1975. He remained a true and loyal Pirate fan throughout his life, even when he lived out of state, he followed Paden Basketball and often asked how the team was doing this year. Mike received a bachelor’s degree from East Central University in 1979. Following his college graduation, Mike held several jobs and loved working; one of his favorite jobs was working at the Okfuskee County Sheriff’s department where he was a dispatcher. Mike was an avid sports fan with his beloved St. Louis Cardinals being his No. 1 team. He traveled to several games with his nephews and always came back with a new Cardinal wardrobe and more baseball memorabilia to add to his growing collection. Christmas was a great time and he loved buying and seeing the family open the gifts he bought. He had an amazing knack at picking out gifts so personal and perfect for each person. Mike loved his family for sure, and that family included his canine buddies. Mike loved his dogs, and they loved him. Mike had dogs his entire life, and as his health declined his most constant companions were Troubles and Boo. Boo has transitioned to live with Mike’s niece in spoiled indulgence, and we take comfort in knowing Mike was met by his adored Troubles at the rainbow bridge and they are reveling in the brilliance of Heaven and being reunited with his dad, grandparents and other family. Mike is preceded to Heaven by his father, J.E. Norman; grandparents, James and Libbie Vavra and Gertrude and Floyd Deaton. Those left behind to cherish his memory are, his sweet mother, Betty Norman; brother and sister in law, Randy and Pam Norman; sister and brother in law, Becky and Mark Pennel; nieces, Brandi (Brent) Heard and Miranda (Ian) Huff; nephews, Kent (Deborah) Norman, Kyle (Michelle) Norman; great-nephews and nieces, Garrett Norman, Libbie Smith, Gavin Norman, Taylor Norman and Braden Norman. Serving as pallbearers will be Jesse Kent Norman, Billy Kyle Norman, Garrett Norman, Gavin Norman, Taylor Norman and Braden Norman. Honorary bearers include Miranda Huff, Brandi Heard and Libbie Ellen Smith. Services will be under the direction of Parks Brothers Funeral Home, Okemah, Oklahoma and officiated by Bro. Terry Pittman. Online condolences may be made at www.ParksBrothersFuneralHome.com.

Funeral services for James &#8220;Mike&#8221; Norman will be held Wednesday, February 16, 2022 at 10:00 AM at the Parks Brothers Funeral Home Chapel in Okemah. Interment will follow at the Oakdale Cemetery in Paden, Oklahoma. James Michael... View Obituary & Service Information

The family of James Michael "Mike" Norman created this Life Tributes page to make it easy to share your memories.

Funeral services for James “Mike” Norman will be held Wednesday,...

Send flowers to the Norman family.