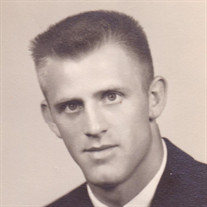 From his early years in Maysville, OK, Jerry Keys began a successful journey into the world of sports. His remarkable football and track accomplishments at both the high school and university levels moved him to understand the positive contributions that sports can make in a young person’s life. For 30 years, Jerry’s mission as coach, teacher and mentor was to develop a winning attitude, a strong work ethic and encourage Christian values in the hundreds of young students and athletes that were his responsibility. At the age of 85, Jerry passed from this world on October 17, 2020 leaving a life long legacy that earnestly shouts “mission accomplished.” Jerry’s quest for excellence required only the best for himself as well as others. In 1953, when the legendary football coach, Bud Wilkinson, recruited Jerry from his state championship Maysville high school team, he knew this was the quality program to join and Jerry became a Sooner! In later years, team memberships at NEO and East Central University resulted in bachelors and masters degrees. A major college accomplishment was his marriage to his soul mate of 63 years, Kathryn Ross Keys, who will always cherish their loving years together as educators, parents, community members and Mustang advocates. Graduating launched an amazing coaching & teaching career from Perryton, Tx to the OK schools of Beaver, Texhoma, and Atoka. After two consecutive state championships in football while coaching with the famous OK coach Tom McVay, Jerry knew he had a championship model. In 1972, he took all his coaching experiences to Oologah, OK and began the revitalization process as Oologah’s head football coach. During his 17 year tenure with the Oologah school system, pride started swelling, community support began to soar and fans packed the stands to cheer on the now Mighty Mustangs! Coach Jerry took pride in knowing that his hard work contributed to a football and track program that is admired and respected to this day. Professionalism was constantly reflected in Jerry’s active membership in OEA and the Oklahoma Coaches Association. His outstanding career lead to awards from both organizations including the coveted honor of being named as a member of the Oklahoma Coaches Hall of Fame. His strong determination to value character development was demonstrated through leadership as a board member of the Oologah Assembly of God church for many years. Jerry was an award winning coach in many respects and while creating an admirable professional life, he also excelled as a family man and father. His three children, Ted, Carie and Mark, completed graduation from Oologah HS and are productive citizens as a result of their father’s guidance. To cherish his memory Jerry leaves his wife, Kathryn, his three children, Ted and his wife Lori of Oologah, Carie and her husband Larry of Phoenix, & Mark and his wife Diana of Oologah, His brother Don Kees, sisters Lolita Green and Martha Ogle as well as his 6 grandchildren: Levi, Elizabeth, James, Grant, Bianca and Sara 3 Great Grandchildren: Carson, Moxie and Ayannah. Jerry was preceded in death by his parents Loy and Cora Sullivan Keys, sisters: Lillie Mae, June, Betty and brother Kenneth and his grandson Teddy. Jerry’s loved ones appreciate the love demonstrated to the family by choosing to join us in the Celebration of his life at the Oologah Assembly of God on Saturday, October 24th at 11 am under the direction of Parks Brothers of Okemah, OK. Your love will be with us as we journey to Okemah for a private family burial Online condolences may be made at www.ParksBrothersFuneralHome.com.

From his early years in Maysville, OK, Jerry Keys began a successful journey into the world of sports. His remarkable football and track accomplishments at both the high school and university levels moved him to understand the positive contributions... View Obituary & Service Information

The family of Jerry Keys created this Life Tributes page to make it easy to share your memories.

From his early years in Maysville, OK, Jerry Keys began a successful...

Send flowers to the Keys family.