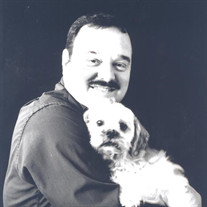 Funeral services for John E. Burleson, Jr. will be held Friday, January 26, 2018 at 2:00 PM at the Parks Brothers Funeral Home Chapel in Okemah. Interment will follow at the Weleetka Hillcrest City Cemetery. John E. Burleson, Jr. was born February 24, 1955 in Seminole, Oklahoma to John E. and Doris J. Burleson. He passed away Monday, January 22, 2018 at his home in Norman, Oklahoma at the age of 62. Following the birth of John Jr., the Burleson family returned to Tulsa, Oklahoma after a short stay with John Jr.’s great-grandmother, Kitty Lou Colvin of Seminole, Oklahoma which imparted all the new mother skills to Doris. John Ed, as he was called, lived in Tulsa until 1961 when the family moved to Norman. Here he attended Cleveland Elementary School, West Mid High and Norman High School where he graduated in 1974. Working in about every retail grocery market in Norman and Moore, John Ed established numerous friendships. He was a member of the First Baptist Church of Norman. Using his mother’s influence and rose growing skills, John Ed became a master gardener, growing outstanding roses and winning several awards in Norman’s flower shows. John was a member of the Norman Rose Society and served as the president for a period of time. Later, after John Jr. moved to the Oklahoma City area, he was able to pursue his passion of raising chickens and operating bee hives. He supplied his family and numerous neighbors with free honey and eggs for several years. He is survived by his parents; John Sr. and Doris Burleson and his younger brother, Steve Burleson. Services will be under the direction of Parks Brothers Funeral Home, Okemah and officiated by Bro. Kim Hayes.

The family of John E. Burleson Jr. created this Life Tributes page to make it easy to share your memories.

Send flowers to the Burleson family.