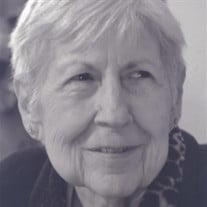 Funeral services for Noveta Arlene Crowe will be held Saturday, November 17, 2018 at 2:00 PM at the Calvary Way Church of Prague, Oklahoma. Interment will follow at the Highland Cemetery in Okemah, Oklahoma. Noveta Arlene Crowe was born April 10, 1936 in Paden, Oklahoma to Garland Madison Davis and Dortha Mae (Funchess) Davis. She passed away Tuesday, November 13, 2018 at her home in Shawnee, Oklahoma at the age of 82. Mrs. Crowe grew up in the Okemah and Paden area and spent her high school years and adult years in California. On July 22, 1972 in Las Vegas, Nevada she married Robert Ellis Crowe. Later in 1991, they returned to Okemah before moving to Alabama in 2010. In 2016 they returned to Oklahoma where she was currently residing at her home in Shawnee. She was an entrepreneur; having done a “little bit of everything”. She and her husband owned and operated H & F Construction. Mrs. Crowe also was a talented home decorator and had also worked in the newspaper industry. She enjoyed visiting with her friends and was a very “sassy” shopper who was a loving wife and “Boss” to her husband Rob. She also attended the Church of God of Johnson, Oklahoma. She is preceded in death by her parents; two brothers, Rev. Dale S. Davis and Vernie Leon Davis; one son, Maylon Crowe and one daughter, Rhonda Ragland. Survivors include her husband, Robert Ellis Crowe of Shawnee; three sons, Michael Crowe of Escondido, California, Ronnie Crowe of Tulsa and Roger Crowe of Shawnee; one daughter, Darla O’Leary of San Diego, California; one brother, Rev. James Thomas Davis of Florida; one sister, Shirley Ann Scott of Arizona; 13 grandchildren and numerous great-grandchildren. Serving as active pallbearers will be Doug Scott, Roger Crowe, Ron Crowe, Mike Crowe, Ronnie Crowe, Tom Askins and Mark Smith. Honorary pallbearer will be Pat Files. Services will be under the direction of Parks Brothers Funeral Home, Okemah, Oklahoma and officiated by Bro. Charles Green and assisted by Bro. Frank Honeycutt and Farrah Askins.

The family of Noveta Arlene Crowe created this Life Tributes page to make it easy to share your memories.

Funeral services for Noveta Arlene Crowe will be held Saturday,...

Send flowers to the Crowe family.