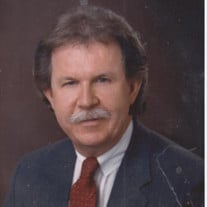 Robert Dale ‘Bob’ Lee received his sweet musical sounds of Heaven on Saturday January 29th, 2022 in Tulsa, Oklahoma. Bob was born in the city that the Creek Indians call “Tumbling Water” Wetumka, Oklahoma on August 5, 1941. The family moved to Okemah and he started his education in the first grade at Lincoln Elementary and graduated from Okemah High School. While playing in the High School Band he excelled in playing the trombone and was named All State, this opened his talents to play at several civic groups, Liberal Kansas Symphony and Clayton New Mexico Pops. However, he always wanted to play the drums, when in the 5th grade his parents purchased him a set of Ludwig Rockers. While in High School he and William Noral Ogden, Richard Barry Price and Roy Collins developed a rock and roll band called “The RocKats”. The RockKats were never a garage band, they went from the Ogden’s living room direct to community state shows, school proms and teen-town Saturday nights. Several times the RocKats decisively won “Battle of the Bands” contest heralded by Oklahoma radio and television stations. They played at the Cimarron Ballroom and Cain’s Ballroon in Tulsa (being under 21 years of age they had to bring chapperones). In 1958 they toured with Ed Edmondson who was running for a political office. The band was usually placed on a flat bed trailer and would strike up with the sounds of Rock & Roll. Just before Mr. Edmondson would speak they would strike up with ”E D M O N D S O N spells Edmondson”. A distinguishing point of the RocKats was between the four they played proficiently a total of nine different instruments. When Lee was 13 years old he snuck in the Okemah National Guard Armory to listen to Leon McAuliffee. He asked Mr. McAuliffee if he could play a song with them and he agreed, their drummer adjusted the drum stool and showed Lee how to hold the drum sticks. In the early 1960’s the band started going into their next step of life, full time jobs of marriage, parents, education and professional career goals. Lee later had the opportunities to play with Charlie Phillips and the Sugartimers, Jimmy Gilmer and the Fireballs, Tex Ritter, Roy Clark and George Jones. In 2017 Lee retired his Ludwig Rockers to the Oklahoma Music Hall of Fame & Museum. Lee started his successful career in marketing and advertisement with Guymon Daily Herald of Guymon, Cushing Citizen and later with Ackerman & Associates and Gulf South Corporation in Oklahoma City. His success and God Given talents sent him to Texas where he worked with several Fortune 500 Companies: Butler Shoes Corporation, North American Aluminum, HAC Corporation, The Padgett Company and Voice Retrieval and Information Processing. He was elected President of The Dallas Advertising League, The Dallas Police Community Awards Committee and serving on the Executive Board & Vice President of Scholarships for The Dallas Symphony Orchestra Men’s Guild. He was preceded in death by his parents Robert and Opal Lee, son Kendall Lee of Austin, Texas and sister Sandra Kay Derrick of Stroud, OK. He is survived by his son Kevin Lee of Tulsa, a brother Rex Lee and wife Deborah of Sand Springs, several cousins, nieces and nephews. Memorial Service will be held at Parks Brothers Funeral Home, 301 North Third Street, Okemah, OK 74859, 918-623-1221 on Thursday February 10th, 2022 at 2:00 PM. Rev. Eric Bryan of Fellowship Bible Church in Tulsa will be officiating, Lawrence Matlock assisting. The family wishes to thank Serenity Funeral Home of Tulsa and Parks Brothers Funeral Home of Okemah in walking with us during this time of grief and sorrow. In lieu of flowers we request that contributions be made to a favorite charity in Bob Lee’s name. Services will be under the direction of Parks Brothers Funeral Home, Okemah, Oklahoma. Online condolences may be made at www.ParksBrothersFuneralHome.com.

The family of Robert Dale "Bob" Lee created this Life Tributes page to make it easy to share your memories.

Send flowers to the Lee family.