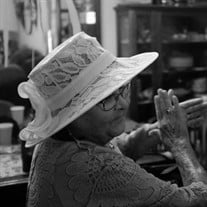 Funeral services for Sabrina Sue Johnson will be held Friday, September 25, 2020 at 2:00 PM at the First Christian Church of Okemah. Interment will follow at the Highland Cemetery of Okemah. Sabrina Sue Johnson was born September 19, 1958 in Okemah, Oklahoma to Leonard Ellexson and Vivian Sue (Dodson) Kennedy. She passed away Monday, September 21, 2020 in Tulsa, Oklahoma at the age of 62. Sabrina was an Okemah High School graduate and later graduated from Northeastern State University. She went on to be a school teacher at Broken Arrow Public Schools. On December 15, 2007, in Okemah, she married Sam Johnson. Sabrina truly loved people and never met a stranger. She was a talented artist and enjoyed spending time with friends and family and especially her four dogs. She will be dearly missed. She is preceded in death by her father, Leonard Ellexson; her step father, Bob Kennedy and her brother, Scott Ellexson. She is survived by her husband, Sam Johnson of Broken Arrow; her mother, Vivian Kennedy of Okemah; two sons, Tyler Dan Johnson and wife Alandace of Broken Arrow and Jared Lee Johnson and wife Makaila of Tulsa; four daughters, Felicia Williams and husband Otis of Broken Arrow, Maricia Ritter and husband Brad of Broken Arrow, Samantha Jones and husband Allen of Broken Arrow and Alaina Daggs and husband Greg of Oklahoma City; one sister, Shawna Austin of Okemah; 16 grandchildren and 2 great-grandchildren. Serving as active pallbearers will be Brad Ritter, Greg Daggs, Otis Williams, Allen Jones, Tommy Johnson and Roger Brown. Services will be under the direction of Parks Brothers Funeral Home, Okemah, Oklahoma and officiated by Rev. Doug Hauenstine. The family of Sabrina would like to ask those who attend the service to please wear a mask. Online condolences may be made at www.ParksBrothersFuneralHome.com.

The family of Sabrina Sue Johnson created this Life Tributes page to make it easy to share your memories.

Funeral services for Sabrina Sue Johnson will be held Friday,...

Send flowers to the Johnson family.